10 Things That Will Happen Right After You Get A DUI

You are here: Home / General Information / 10 Things That Will Happen Right After You Get A DUI
May 4, 2015 by Matt Talley 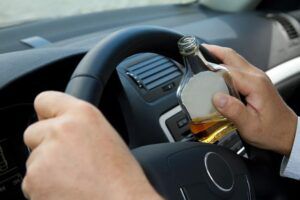 When is the exact moment someone realizes they shouldn’t have decided to drink and drive? Maybe it’s when they see the police lights flashing in the back window, or it could be when they crash straight into another vehicle.

The reasons people choose to drink and drive varies, but what happens after is pretty standard. Here are 10 things that happen when you’re stopped for driving under the influence (DUI).

Once you’re asked to submit to a breathalyzer test or you fail field sobriety test, there will be no walking away from the police. You’ll be arrested and booked at the station on suspicion of DUI.

You’ll get your day in court

Once arrested, you’ll receive a summons to appear in court. During your court appearance, you’ll be presented with the evidence against you and will be required to plead innocent or guilty.

Your driver’s license will be suspended

A driver’s license suspension is mandatory for all drunk drivers, and the time you’ll be suspended varies. Some states will allow you to apply for a hardship or restricted licence that will allow you to drive with an ignition interlock device.

There are fees associated with a DUI, and you’ll be required to pay them. The cost of fines depends on the state, the type of charge, and whether there was property damage or injury.

You may go to jail

You may receive probation

Some states will require you to complete probation instead of going to jail, and you’ll need to visit a probation officer and stick to the terms and conditions of your probation.

You may need to attend DUI School

Alcohol education is designed to prevent you from drinking and driving again, and most DUI offenders are required to pay for and attend a DUI school.

You could be asked to attend an alcohol evaluation

The goal of penalties is to ensure you don’t drink and drive again, so you may be asked to attend an evaluation to help you if you have an addiction to alcohol.

You may pay higher auto insurance

Once all is said and done and you’ve completed your probation, paid your fines, and received your ignition interlock device, you may be in for a surprise at the insurance broker. You may be required to get a special insurance policy, otherwise known as SR-22 insurance, and that can double or triple your premiums.

Once you take a look at what can happen when you drink and drive, it’s not that tempting to put the keys in the ignition, is it?