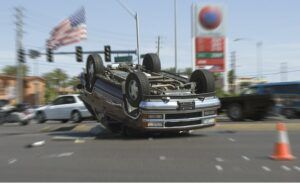 When you hear about drunk driving arrests on the news, no matter what state that driver is from or who it is, there are usually a few common themes. That’s because alcohol has a predictable effect on a person’s driving skills, and the result of drinking too much before you get behind the wheel is that you end up in the same situations that other drunk drivers do. Here are 3 very common ways drunk drivers become arrested.

They drive the wrong way down a road

It happens all the time: a drunk driver decides to get behind the wheel of a car and heads out, only to find themselves driving on the wrong side of the road. Sometimes the driver is stopped before any serious crash can occur, but other wrong-way drivers end up killing someone.

Take a Hawthorne, California man for example. He was just found guilty of murder because he drove drunk over a bridge in Long Beach and crashed into another vehicle. He’ll be spending at least fifteen years in jail for the crash, and the tragic thing is that he’d already been arrested for a wrong way crash that injured another driver just two months before.

They hit a tree

It’s incredibly common to hit a tree or a building when you’re driving drunk. When you drink alcohol it affects both your vision and your hand-eye coordination, so the driver might not realize that a tree or building is closer than it appears until they’ve smashed right into it.

One driver in Racine, Wisconsin just had a drunk driving crash that connected with a tree, mailbox, and patio before he drove away and struck a minivan, and he’s going to serve fifteen months in jail because of it.

They come across a drunk driving checkpoint

A checkpoint is legal in most states, and although police are often required by law to publicize where they’re going to set up the checkpoint, they often catch surprised drunk drivers.

In a recent case a woman in Coeburn, Virigina was taken by surprise by a checkpoint set up by police, and instead of stopping she made an abrupt U-turn and crashed right into the vehicle of a mother of two. The mother died, and charges are currently pending against the driver.

These are just three ways that drunk drivers are caught and arrested. It just goes to show, drunk drivers from anywhere can end up in the exact same situations, all because of how alcohol affects their driving.

How Many Ignition Interlock Violations Can I Have In Arizona?
Next Post: Friday Fallout: Tostitos Bag Asks You To Not Drink And Drive