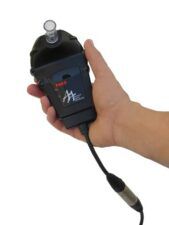 Times, they are a changing in Illinois right now. A new bill signed by Governor Bruce Rauner will require repeat driving under the influence (DUI) offenders in Illinois to drive with a restricted drivers license and stick with their ignition interlock program for a longer period of time than before.

House Bill 3533 increases the amount of time an Illinois DUI offender must drive with a restricted drivers license and an ignition interlock device. Previous to the passing of the law, an offender was only required to have the restricted license for 12 months. Now that person will have to spend 5 years with their interlock device before he or she can ask for full driving privileges again.

To a DUI offender 5 years might sound like a long time, but for anyone who hears the story behind the law, it’s easy to understand why offenders need a longer time with their ignition interlocks. House Bill 2533 was prompted by the death of a Wonder Lake teen 12 years ago. Caitlin Weese was almost 18 and graduating from high school when she was killed by a repeat drunk driver. The driver had a suspended license at the time and two previous DUI convictions on record. After his sentence of seven and half years, the driver was released from jail in 2009. That didn’t stop him though, and he promptly re-offended by driving drunk again. He ended up back in jail, pleading guilty to aggravated DUI with a sentence of 2 more years. He’ll be released on good behavior next May.

If he ever does drive again, he’ll be subject to the new law, and in Illinois an ignition interlock will not start a vehicle if the offender blows over .025. Offenders will also be subject to rolling rechecks while driving to ensure they are sober.

It’s a step in the right direction for Illinois, and drivers in the state can look forward to safer roads because of the new law.

Lock Up And Drive Sober With The Breathalyzer Bike Lock
Next Post: Drunk Drivers Out In Full Force On Labor Day