Affluenza Teen Being Released. How Do We Feel About That?

You are here: Home / News / Affluenza Teen Being Released. How Do We Feel About That?
March 26, 2018 by Matt Talley 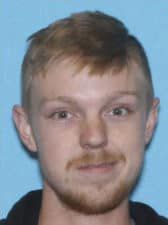 Time flies. The question some are asking is if it’s flown too fast for Ethan Couch, the notorious “affluenza teen” who, at the age of 16, killed four people in a drunk driving crash he caused in Fort Worth, Texas.

Originally, Couch was sentenced to 10 years’ probation and therapy, but no prison time. The perceived leniency of that sentence caused nationwide outrage.

In any event, Couch did go to prison, due to subsequent violations. Altogether he has served two years in jail – 6 months for each of the four lives he ended. His term is almost up and victims’ families are faced with the prospect of seeing the man who caused their loved ones’ death walk free.

There is sure to be objections to – even outrage at – his release, since sympathy is not something Couch comes by easily. He showed little remorse at his trial, and violated his probation terms. MADD and other anti-drunk driving activists were disgusted and angered when a video surfaced showing him drinking and carousing with friends, despite being banned from drinking by the judge.

Couch and is mother made things worse when they fled to Mexico, where they were eventually arrested and brought back to face justice.

Couch’s wealth and privileged upbringing was blamed for his unwillingness to take responsibility for the manslaughter. The psychologist who used the term “affluenza” in Couch’s defense now regrets the term, which he noted is a more modern way of saying, “spoiled brat.” The term “affluenza teen” caught the public imagination, though what the term stood for varied depending on if you thought the problem was wealth, modern society, alcohol, parental irresponsibility, or something else.

Couch will continue to answer to the Tarrant County Community Supervision and Corrections Department. These are the terms of his probation:

Most of these terms are designed to keep the public safe – ignition interlocks in particular, which prevent a vehicle from starting if the driver has been drinking. The close monitoring to prevent any alcohol or drug consumption is more to assist with his rehabilitation.

Interestingly enough, the psychologist at his original defense recommended not just treatment, but also no contact with the parents. That doesn’t appear to be among the requirements

Should Couch keep to these terms, he will not pose a danger to others on the roads, and might even evolve from the callousness being that his upbringing made him into someone more responsible.

What will never make sense to victims is how someone who has caused so much pain will once again walk the streets – and possibly drive on them. No justice system can fill the void left by the death of a loved one.