With So Many Alcohol Related Crashes, Why Do People Still Drive Drunk?

You are here: Home / General Information / With So Many Alcohol Related Crashes, Why Do People Still Drive Drunk?
January 26, 2016 by Matt Talley 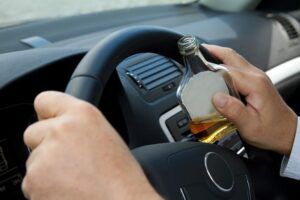 If you look at news across the United States, you’ll see an almost daily stream of articles detailing one alcohol related crash or another. People slam into police cruisers, run red lights, or crash into the person in front of them on a routine basis, and you’d think these crashes would make people stop and think before they too get behind the wheel drunk, but that doesn’t seem to be the case.

Why, in a world where there is enough data to prove that drunk driving can kill, do people still drink and drive? Here are a few reasons.

They can’t gauge how drunk they really are

Alcohol affects everyone in a different way, so 2 drinks for one person can feel like 4 for someone else. That means it’s hard to distinguish how drunk you are without a personal breathalyzer reading, and most people don’t stop to take a reading before they get behind the wheel. When you rely on your own personal judgement after you’ve been drinking, you can get into a lot of trouble.

They feel confident in their driving abilities

Has someone ever told you they drive better when they’re drunk? It’s a common thought after someone has had a few drinks, all because inhibitions and the ability to rationalize go out the window. No one drives better when they are drunk.

You need a ride, but you’re embarrassed to ask for one

The National Highway Transportation Safety Administration (NHTSA) did a study on why people drive drunk, and they found people will let their friends drive drunk because there is no designated driver available. They also found that the passengers of the drunk driver were less concerned about being injured in an alcohol-related crash than being arrested for drunk driving.

Other people will drink and drive because they don’t want their friends or family to find out they’re drunk or be inconvenienced by picking them up in the middle of the night. Thankfully, these days you don’t have to call a friend or family member. Just choose a taxi service or ride share like Uber and you can get home safely.

Everyone has a different reason for choosing to drink and drive, but if you do the outcome will be the same no matter who you are. You’ll either get stopped and arrested for drunk driving, or you’ll be the reason there’s another alcohol related crash on the news. Make the sensible choice and say no to drinking and driving.