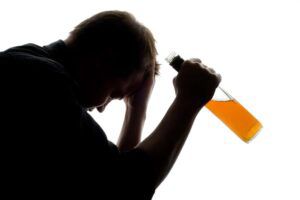 It’s pretty hard to spend an entire day without being exposed to alcohol in some way. You see people drinking on TV and in movies, it’s advertised in commercials, and you probably even have a bottle or two in your home. It’s no big deal, right?

Because drinking alcohol is a legal, mainstream activity for millions across the US, people often underestimate the risks associated with it. Most people know that drinking and driving is an extremely dangerous and risky behavior, but many don’t realize that excessive alcohol consumption or binge drinking is the 4th leading cause of preventable death in our country.

According to a recent study from the Centers for Disease Control and Prevention, binge drinking is responsible for 10 percent of deaths among adults in the United States, and that number is steadily rising. By using an online tool called the Alcohol-Related Disease Impact, the researchers were able to estimate how many adults died due to binge drinking. The tool includes alcohol-related diseases like liver or heart disease, and also includes crashes where alcohol was involved.

The tool will analyze data on a state-by-state basis, and it makes it simple to see the types of alcohol-related factors that result in death. Take California for example – between 2006 to 2010, there were 10,572 deaths attributed to alcohol. Out of all the causes, alcohol took the most lives due to liver disease from excessive drinking, motor vehicle traffic crashes, alcohol poisoning, and suicide.

Drinking alcohol may be considered a normal activity in our society, but binge drinking is still something people tend to play down. The researchers stated that only one in six adults from the ages of 20 to 65 report binge drinking 4 times per month, but that the actual number is higher because people aren’t upfront about their drinking habits. This type of denial means if they need help because they’re excessively binge drinking, they won’t ask family or their doctors for it.

Binge drinking is dangerous, period. If you or someone you know is binge drinking, reach out and ask your family and doctor about alcohol abuse and get the help you need.