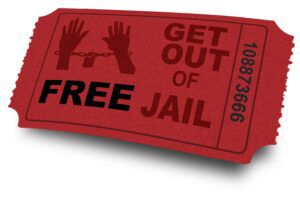 Police put a lot of effort into making an arrest, and the last thing they want is for a drunk driver they stopped, assessed, and arrested to slip through the net of the law and evade their drunk driving conviction. It happens all the time, and after a court handed down the decision that Oklahoma’s breathalyzer tests were invalid, the police in the county are going to have to get more creative in dealing with drunk drivers.

The case was Eric Sample vs Department of Public Safety. After a district judge ruled that the Board of Tests For Alcohol and Drug Influence didn’t approve some parts of a breathalyzer used to test drunk drivers in the state, the man’s drunk driving conviction was overturned and he got his license back.

But one overturned drunk driving conviction has the potential to start a tidal wave of challenges to other convictions in Oklahoma, so officials created emergency rules so it can’t happen over and over again. These rules will be sent to the Governor’s office for his signature and once he signs off, they will be effective immediately.

These challenges won’t be good news in a state where drunk drivers are already a serious challenge for police officers, and if these drivers have their drunk driving conviction overturned because of a technicality, they won’t receive penalties for their crime.

If an Oklahoma drunk driving conviction is overturned because of a breathalyzer technicality, that person gets to skip his fines, skip his driver’s license suspension, and skip his ignition interlock. That’s a huge risk for anyone driving on the roads with that driver, and if more and more people come forward to challenge these laws, Oklahoma’s going to be a more dangerous state to drive in.

Reading, Writing, Drinking And Driving? DUI A No Go For Teachers
Next Post: Upset Over Election? You’ll Still Get a DWI If You Drink And Drive