This Is As Bad As A Drunk Driving Crash Can Get 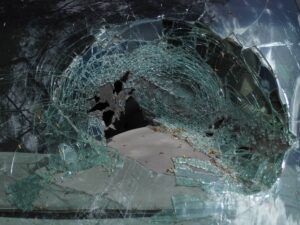 It can be hard to picture what a drunk driving crash is like, but once you’ve witnessed one, you’ll never forget it. Drunk driving crashes usually happen at high speed and they’re so violent they can result in vehicles literally being torn in half. Or, in the case of one drunk driver from Oceanside, California, your crash can end with the victim embedded in your windshield.

Esteysi Sanchez was driving home from a night out when she sped through an area near a soup kitchen. She crashed into a man with such force she ripped his legs from his torso at the waist, and his legs flew through the back window and landed right on the trunk. The rest of the victim shattered the front windshield and became embedded in the vehicle.

It’s hard to imagine what would be going through the driver’s head right after impact, but whatever it was, she was prompted to keep driving. She drove for .75 miles with the victim on her car and she only stopped when she was near her own home and her husband called the police and paramedics. The driver has since been booked on charges of felony driving under the influence (DUI) and vehicular manslaughter.

This might be the grisliest drunk driving crash California has ever seen, but it’s definitely not the only crash that’s happened on California roads over the past few weeks. A mother of three was drunk driving with her kids in the car and she lost control of her vehicle when it rolled over. Her eight-year-old son was killed in the crash.

No one wants to be involved in a drunk driving crash, but it’s one of the very likely outcomes if you decide to get behind the wheel after drinking. Keep these crashes in mind the next time you’re tempted to drive, even after one drink.

Life In Prison For Ninth DUI Conviction
Next Post: Breathalyzer Vs Blood Draw: The Supreme Court Makes Its Ruling