With so many cars and so many drivers, California has to take drunk driving seriously. Recently a new program called Hot List is using information to battle one of the most persistent scourges of the roadways. 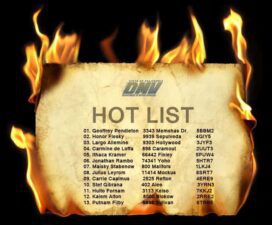 The California DMV runs the program, which provides law enforcement agencies with information on multiple DUI offenders whose licenses have recently suspended or revoked. These are the drivers who, judging from past experience, are most likely to re-offend.

How likely? The startling news is that about 75% of suspended drivers with suspended and revoked licenses continue to drive, so it’s important that both the police and the DMV have updated information.

In fighting DUIs, laws are one part of the solution. Enforcement is the other. Too many drunk drivers continue to get behind the wheel despite suspensions, because police can’t be everywhere enforcing every suspension. Ignition Interlocks are one way that states are fighting back. California’s Hot List is another program with great potential for saving lives on the road.

Previous Post: « Wait — You’re in Tennessee …
and You Haven’t Bought This Yet?
Next Post: The Tide Turns as Strong Ignition
Interlock Laws Sweep The USA