Check Out How These People Were Arrested For DUI

You are here: Home / News / Check Out How These People Were Arrested For DUI
August 4, 2014 by Matt Talley

You know you shouldn’t get behind the wheel of a car, truck, or motorbike after you’ve had a couple of drinks, but did you know if you drink and then drive your lawnmower, electric bike — or, as someone recently found out, — your kid’s Power Wheels toy, you could be charged with driving under the influence too? 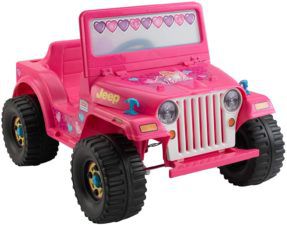 Paul Hutton of Essex, in the UK, found out the hard way that you can’t drive an electric Barbie car after drinking. He took his kid’s electric car and put bigger wheels on it as part of a project he was doing with his son, and then couldn’t resist the urge to take it for a spin. Unfortunately for Paul, he was twice the legal limit and was stopped by police. Because he already had a driving under the influence charge within the past 10 years, he received a mandatory 3-year driving ban for all vehicles – including Barbie cars. 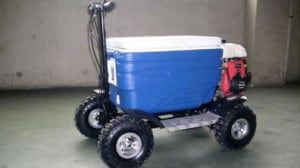 If electric cars aren’t your thing, how about a motorized beverage cooler? An Australia man was arrested for driving under the influence after he decided to drive a motorized cooler down the middle of a road. Although most people in the USA have never heard of such a thing, the man was cruising at low speeds on an ‘esky’ as it’s known in Australia, and it was loaded with alcoholic beverages at the time.

Closer to home, a Colorado man was recently arrested for driving the wrong way down a busy street on his riding lawnmower. After attempting to explain how he was cutting weeds, the arresting officers say he refused to take a sobriety test, reeked of alcohol, and had a revoked license after already receiving a few other DUIs. His charge this time around? Misdemeanor DUI.

Although they might argue it was a lapse in judgment, these people are a great example of what not to do after you’ve been drinking. The next time you’ve been drinking and are tempted to take your kid’s electric car out or ride on a lawnmower for a spin, make sure you hand over the key and let someone else do the mowing. Read up on DUI laws in your state.

Previous Post: « Proposed Florida Legislation Will Crack Down on Drunk Driving
Next Post: DUI Laws and Ignition Interlocks In Alabama