Crazy Drunk Driving Sentences From Around The World

You are here: Home / Offbeat / Crazy Drunk Driving Sentences From Around The World
June 30, 2016 by Matt Talley 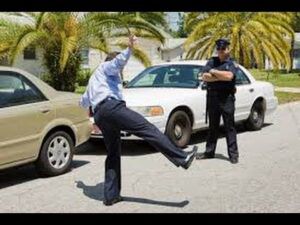 There really isn’t anything to laugh about when it comes to US drunk driving sentences. Some states require jail time, others long term driver’s license suspension, and 26 states now require a first time offender to use an ignition interlock for six months to one year.

Drunk driving itself isn’t funny, but other countries have passed down some truly crazy drunk driving sentences that would definitely make Americans do a double take.

One Irish farmer was given a reprieve on his drunk driving sentence so he could have time to find a wife. It sounds odd, but after a bachelor farmer living in an isolated part of Ireland was arrested for drunk driving, the judge handed down a driving ban. Instead of enforcing the ban, the judge recognized that if he stopped the man from driving, he would have to sell off his livestock and he’d be unable to get around at all.

That’s why the judge decided to put off sentencing until December, he then directed the man to attend a matchmaker festival. It was the hope of the judge that the man could find a ‘nice woman’ to drive him around while he’s banned from driving.

In Malaysia it’s not just drunk drivers who are sentenced; their spouses could also be on the hook. Even if your spouse wasn’t present at the time of your arrest, he or she could also be liable for drunk driving charges. It’s just one way the country wants to make sure everyone knows that drunk driving impacts everyone.

If you’re stopped for drunk driving in Turkey, you could be taken all the way out of the city and left to walk back. Even better, the police officer will follow behind you in his or her vehicle.

These crazy drunk driving sentences can make you scratch your head, but the bottom line is that if you don’t want to receive a sentence of any type, don’t drink and drive.

Texas DOT Urges You To Plan Before You Drink And Drive
Next Post: Tips To Stay Safe On July 4th