What is The Interstate Driver’s License Compact?

You are here: Home / General Information / What is The Interstate Driver’s License Compact?
July 22, 2016 by Matt Talley 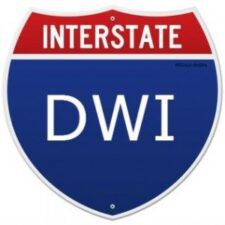 When you’re 16 years old and you’re attempting to get your driver’s license, you know just how valuable that piece of paper is. It means freedom, and although most drivers would do anything to protect that freedom to drive, there are a lot of people who ignore the rules and regulations of having a driver’s license.

When you accept a driver’s license in your state, you accept the conditions behind it. In addition to speeding beyond the speed limit, drinking and driving is one condition people break every single day. Because of that, each state needs to keep track of who has been arrested for driving under the influence (DUI) or who has had their license suspended. That way a person won’t have their license suspended in one state and be able to just cruise over to another and get another license.

Conditions must be met in order for another state to honor the license suspension in your state. In very basic terms, those conditions may be that both states have similar DUI laws, your DUI conviction may have to be similar to one you’d receive in your new state, and law enforcement must have dealt similarly with your DUI in both states as well.

Unfortunately not all states are part of the Interstate Driver’s License Compact, so there are opportunities for DUI offenders to slip through the cracks. Thankfully it’s not an easy loophole to jump through, because most license regulations require that you establish residency and have an address before you obtain a new license.

The Interstate Driver’s License Compact is another way the US can work together to fight drunk driving. To see if your state participates, visit the National Center for Interstate Compacts (NCIC).

Babysitter Charged With New York’s Leandra’s Law
Next Post: The Difference Between Wet reckless And DUI