Most Drugged Drivers Are How Old?

You are here: Home / General Information / Most Drugged Drivers Are How Old?
July 16, 2014 by Matt Talley 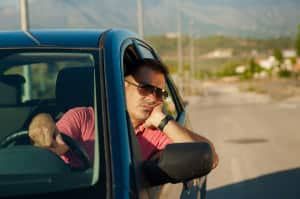 Have you ever watched the news and heard a report of a fatal crash where drugs were involved, then automatically assumed it was a young person? You wouldn’t be alone if you thought that – because crashes are the number one cause of death for young people in the United States, it’s pretty easy to assume that if there is a vehicle crash on the news, drinking, drugs and teens or young adults are involved.

That’s why the data from a new study recently published is so surprising. It found that drugged drivers involved in fatal crashes in the USA are more likely to be older than 50 years old. According to the study, released by Public Health Records in June of 2014, the profile of the drugged driver involved in fatal crashes has changed substantially over the past 20 years. Not only are these drugged drivers older than 50, they’re also more likely to test positive for multiple drugs including marijuana, prescription drugs like pain killers, and hard street drugs like cocaine.

The researchers analyzed data on drivers who tested positive for drugs after being involved in fatal crashes. From 1993 to 2010, they found the number of people with 3 or more drugs in their bodies increased from 11.5 to 21.5.

Although most people understand that drinking and driving is dangerous, the dangers associated with drugged driving aren’t as widely known. Maybe studies like this will increase public awareness and kick off some safety campaigns showing the dangers of drugged driving.