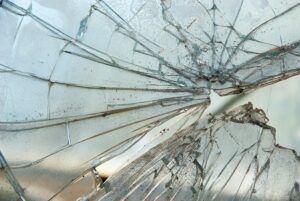 When developing penalties for driving under the influence (DUI) convictions, lawmakers really have their work cut out for them. It’s one thing to come up with a penalty for someone who made the choice to drink and drive one time and didn’t crash or kill anyone, because those offenders may see fines, jail time, and ignition interlock programs as enough of a deterrent to never make the choice to get behind the wheel drunk again.

But what about repeat offenders and offenders who have drank and drove themselves into situations causing injury or death? How do lawmakers set guidelines for penalties for these individuals? Although the drunk driver who took a life deserves to be punished for his or her crime, it’s very difficult to put a number on how many years in jail will make the family feel as though justice has been served.

That’s the case in Colorado recently when a 3-time drunk driver decided to drive drunk again, and this time he took a life in the process. 40-year-old Ever Olivos-Gutierrez was speeding at 80 mph through multiple intersections, running 4 red lights and crashing right into 17-year-old Juan Carlos Dominguez-Palomino. The impact killed the teen, and when police arrived they found that Olivos-Gutierrez had a blood alcohol concentration of three times the legal limit of .08.

In this case, the family feels as though justice has been served. With 3 prior DUI convictions on the books, 40 years is a suitable length of time for Olivos-Gutierrez to think about the choice he made to drink and drive.

563 Million Reasons Not To Be A Drunk Driver
Next Post: This Might Be The Summer Of The Ignition Interlock