You are here: Home / Law / Case Dismissed For Drivers Charged With Drunk Driving In New Mexico?
December 8, 2017 by Matt Talley 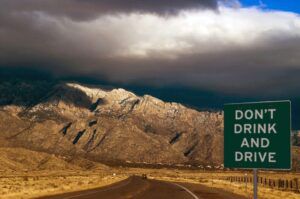 According to a New Mexico DWI Court Monitoring Initiative, 36% of DWI cases that show up in court are dismissed. That means there are a lot of DWI offenders who are arrested for drunk driving, only to be let off without facing penalties at all.

That was the most shocking announcement from the DWI Court Monitoring Initiative, but there were others. They monitored just over 1,000 cases in six counties in New Mexico and found that:

It’s hard to believe the people found guilty amounted to the almost the same percentage as those let off, and as expected, it’s believed that the reasons come down to funding. According to the Judicial District Attorney, they don’t have the resources or staff to prosecute all of the cases and ensure those caught drunk driving in New Mexico are penalized the way they should be.

Thankfully, additional funding is on the way. The Governor of New Mexico announced that there will be $300,000 in grants provided to the District Attorney in one county and an additional $100,000 in grants to another. These grants will help hire staff to ensure proper prosecution of drunk driving offenders.

New Mexico has penalties like ignition interlocks to keep drunk drivers off the roads, but if these drivers are arrested and not prosecuted, there’s nothing to stop them from driving drunk again. Let’s hope the additional funding gives New Mexico the helping hand it needs to turn the DWI prosecution rate around.

Another Week In Florida, Another Weird Florida DUI
Next Post: Colorado Skiing is Fun, But Don’t Get Arrested For Drunk Driving