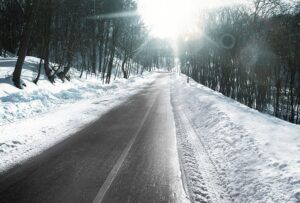 December 31st is here again, and as 2017 fades away and a fresh new year begins, it’s important to look back, reflect, and count all of the things you could lose if you get caught drunk driving on New Year’s Eve. If listing your family, friends, job, and home isn’t enough, police want you to give you a few other reasons you might want to avoid drinking and driving.

Fresno police just announced they are bringing back a controversial California DUI program called bar watch. Bar watch places undercover police officers in different drinking establishments. These officers will keep an eye on bar patrons, and if they think someone is about to drink and drive, they’ll follow that person to their car and will stop them from getting in and driving.

The bottom line: they aren’t going to let anyone in Fresno drink and drive, and neither are the police in Macon, Georgia. Although it’s almost on the other side of the country, Macon police are also hosting an anti-DUI program called ‘Drive sober or get pulled over.’ It’s an initiative that many states have used to fight drunk driving, and police will be out in force to catch anyone drunk driving on New Year’s Eve.

They’re running the program from December 15th to January 2nd, 2018, and police across the entire state of Georgia will be on the roads looking for drunk drivers. They’re warning all Georgia drivers that if they do drink and drive, being on Santa’s naughty list will be the least of their worries. Instead of a cozy holiday with family, they could be spending time inside a jail cell.

Whether you’re drinking and driving in California or hitting the road under the influence in Georgia, these two programs show that, no matter where you are in the USA this New Year’s, your best option is to drive sober.