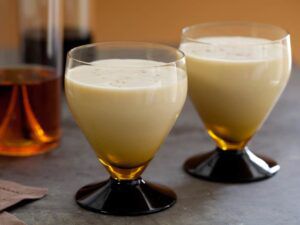 Thanksgiving, Christmas, and New Year’s may be everyone’s favorite holidays, but it’s also a time of year that becomes really stressful for law enforcement. These three holidays and the days leading up to them are some of the busiest for drunk drivers. It’s the time of the year where, even if you think you’d never drink and drive, it’s all too easy to end up with a DUI charge (driving under the influence) because of casual drinking.

Take the case of Bensenville, Illinois police officer for example. Although police officers hand out hundreds of DUI charges every year, one officer is currently in court because of his own DUI charge that happened during the holiday season last year. He never meant to drink and drive; he just wanted to try a cup of eggnog.

The officer started his shift at 3 pm that day, but he’d tried a glass of eggnog about four hours before that. He said he wasn’t a drinker, but he wanted to taste it a little bit. There must have been more alcohol in the eggnog than he thought, because he got behind the wheel and drove his police SUV straight into a utility pole within hours of drinking.

When other police arrived on the scene, the officer failed a portion of the roadside sobriety test and refused to submit to a breath and blood test. When explaining why he failed part of the field sobriety test, he said he had weak eye muscles, and when asked about the alcohol he drank, he said he thought the eggnog was a lot stronger than he originally thought.

The officer didn’t receive a job suspension because of his DUI charge, but that’s because he resigned the day after he was arrested. Whether he’ll be convicted of DUI or not will be decided in November when the judge hands down his verdict, but if he is he’ll be subject to Illinois DUI laws. That includes fines, driver’s license suspensions, and an ignition interlock program for all offenders. As a first time offender he’ll be required to install an ignition interlock for a minimum of one year.

This case is a good reminder for everyone: when it comes to holiday drinking, even just a “taste” of alcohol can get you in trouble. If you’ve had something to drink, you’ll have a far safer holiday season is you make the decision to let someone else drive.