DUI Checkpoint: Is it OK to Warn Drivers ?

Police in Ohio are required to warn drivers a week in advance that a DUI checkpoint is going to be set up. But last Friday, when Doug Odolecki held up a posterboard saying, “Check point ahead! Turn now!” he was given a ticket.

What’s the issue here? If cops have to warn people of the checkpoint, how can it be an offense if a pedestrian does the same?

Apparently the problem was the phrase, “Turn now” on Odolecki’s sign. One of the ticketing officers, caught on video, said that the sobriety checkpoint was “all about educating the public, and we need for them to come through the public to educate them.”

Had Odolecki removed the “Turn now!” part of the sign he’d have been all right. But he claimed not to be able to, so he was given the ticket. 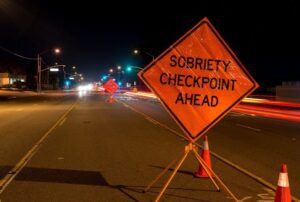 Odolecki characterizes the Parma, Ohio checkpoint as Nazi-esque, an illegal search and seizure. His attorney claims that the sign is protected by the First Amendment.

The illegal search and seizure claim is contested territory – the roads are public, not private, and driving is a privilege, not a right. Some states allow DUI checkpoints, and others do not. The U.S. Supreme court upheld the validity of checkpoints in the case Michigan v. Sitz.

As to where that will leave Doug Odoleki and his crusade to end DUI checkpoints, only time, and the legal system of Ohio, will tell.

Sports and DUI: Add the Golf Cart to the List
Next Post: A Funny News Item … and the
Sad Truth About DUI Enforcement