Here’s Another Way A DUI Conviction Can Derail Your Life

You are here: Home / General Information / Here’s Another Way A DUI Conviction Can Derail Your Life
September 9, 2016 by Matt Talley 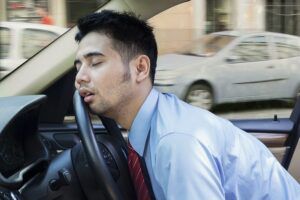 Maybe it’s not something you’ve ever thought about, but there are a lot of ways a DUI conviction (driving under the influence) can derail your life. Unlike receiving a simple traffic ticket that you can pay for and move on, a DUI conviction has long term effects that can affect what you do every day, how you travel, and in some cases, your career.

Take a public servant as an example. When you’re voted into a position, whether that be something high ranking like a Senator or local like a Country Council, you’re expected to be an example of someone upholding the law. Because you’re one of the people voting for new laws or upholding existing laws, you can’t plead ignorance when you break those laws.

That’s why it becomes news when a member of the legislature is arrested for drunk driving. These are people who were voted in, are supposed to uphold the laws, and yet they have broken those laws in one of the most irresponsible ways imaginable. Unfortunately, there’s no end to DUI convictions involving legislative and local government members either.

A Sussex County Council candidate for the Republican primary county seat was recently arrested for driving under the influence. He was pulled over for a routine traffic stop, failed field sobriety tests and a preliminary breathalyzer test, and was charged with DUI under the influence of a combination of alcohol and any drug.

An already elected Colorado politician, Representative Dan Pabon, was also stopped for drunk driving after running a red light recently. He was caught on a police officer’s body cam discussing his perception of how sober he was, and although he felt he was OK to drive, he blew .14 on a breathalyzer. That’s double the legal limit of .08 in Colorado, and he pleaded guilty to drunk driving shortly after. He’s still currently employed as a state representative.

Although both officials have since apologized, there’s no way to tell if a DUI conviction will derail their chances of being elected or re-elected. When you’re a pubic servant and you’re not re-elected, you’re out of a job.

That’s why it’s far better not to drive at all after you’ve been drinking: just DUI conviction may change the course of your life.

What Do You Have To Do To Get A 50 Year DWI Sentence?
Next Post: Here’s Why Alcohol Affects Women Differently Than Men