With DUI Crashes Rising, Nevada Needs To Get Tougher On Drunk Driving

You are here: Home / News / With DUI Crashes Rising, Nevada Needs To Get Tougher On Drunk Driving
March 31, 2016 by Matt Talley 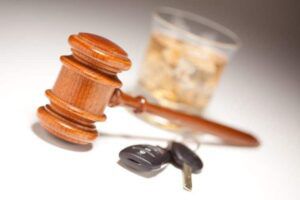 Most people know that it’s really easy to get alcohol in Nevada, and if you’ve ever spent time in Las Vegas you’ll know that it’s legal to walk the strip with a drink in your hand. But does easy access to alcohol mean that DUI crashes in Nevada are on the rise?

If you look at stats from the Nevada Highway Patrol detailing recent alcohol-related crashes, the answer seems to be yes. Driving under the influence (DUI) arrests in Nevada have jumped from 1,800 in 2012 to 2,200 in 2014, and there’s a long list of crashes that have happened recently that show a real need to increase drunk driving penalties in the state.

Take this drunk driving crash as an example: according to witnesses, a man drunk driving down Nevada Interstate 15 was swerving in and out of his lane. He swerved straight into a shuttle bus driving the other direction and tipped it over onto its side. After the first impact, the man swerved and hit the bus a second time. He’s now facing 10 counts of DUI resulting in substantial bodily harm and 4 other charges including driving with an open container of alcohol. It’s not known if the man is a first offender, but it’s safe to say that Nevada DUI laws aren’t as harsh as they could be.

Strengthening ignition interlock laws has been proven to decrease DUI crashes and save lives, and Nevada really needs to get on board and strengthen their own laws. Officer Noah Leotta’s death in Maryland has been the boost the state needed to fast track an all offender ignition interlock law. Maybe the recent crash in Nevada is severe enough that it will light a fire under lawmakers.

Noah’s Law Gets Support From MADD’s Co-founder
Next Post: It’s Time To Crack Down On South Carolina Liquorcycles