Even Buzzed Drivers Can Kill

You are here: Home / General Information / Even Buzzed Drivers Can Kill
October 17, 2014 by Matt Talley 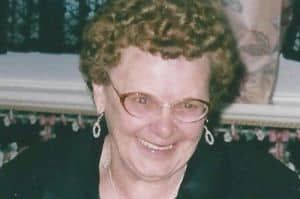 How much do you have to drink to get to .08? It’s a question a lot of people wonder about when they’ve been out drinking and are considering how they’re going to get home. Because alcohol affects everyone differently, one person could reach the legal limit with two glasses of wine while it would take someone else 5 cans of beer to hit the same blood alcohol concentration (BAC). But when you’re considering driving after a night of drinking, whether you’re over the legal limit shouldn’t be the deciding factor.

Even if you’ve had enough alcohol to just make you feel ‘buzzed,’ you still shouldn’t get behind the wheel, and a recent crash in Nova Scotia, Canada proves it. An 81-year-old grandmother was hit and killed by a driver when she was crossing an intersection on foot. Although she was transported to the hospital immediately, she died the next day of injuries sustained in the crash.

The driver who hit her, a 73-year-old male, had an open bottle of alcohol in the back seat of car. At this point you’re probably thinking he must have been drunk while driving, and that’s a safe assumption, but not only was the driver not over the legal limit, he ‘passed’ the breathalyzer at the scene with a BAC below .08.

Because the driver wasn’t over .08, in terms of immediate penalties he only had his license suspended for 7 days. You can’t blame the family for being shocked over this, because 7 days after killing someone, the driver was back on the road again. If he would have registered .08 on the breathalyzer and received a first time DUI charge in Nova Scotia, the driver would be prohibited from driving for one year, would be required to pay up to $2000 in fines, and may be required to install an ignition interlock for one year.

The police did their due diligence and led a month long investigation into the crash, but at the end of the day the driver only received two tickets – one for failing to yield to a pedestrian and one for having open alcohol in his car.

Alcohol affects everyone differently, and even if you don’t register .08 on your personal breathalyzer or on a police grade breathalyzer, you could still be too drunk to drive. Even if you’ve had one drink, the best thing you can do for yourself and everyone driving on the roads with you is to hand your keys over to someone else.