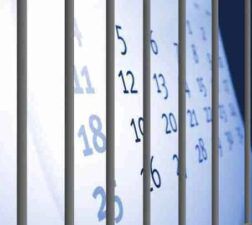 You can run and you can hide, but if you’ve killed someone because of drunk driving, you might not be able to hide forever. At least that’s what happened to one man who’s recently been convicted of drunk driving in New York State seventeen years after his crash.

Way back in 1999 a man named Benjamin Carrera was driving drunk and crashed his car. His passenger died, and although he did try to plead guilty at the time, the judge let him free on bond because he couldn’t remember enough details about the crash for the judge to accept his plea. That’s when he decided to leave town, and he managed to skip out on his drunk driving crash for almost two decades.

When he was found recently, living in Virginia, it was only because he was arrested for drunk driving again. Living under an assumed name, he made the decision to drop the act and finally stand for his 1999 crash using an Alford plea, something occasionally used by people who may be convicted of drunk driving, where the offender pleads guilty without making an admission of guilt.

Back when the crash happened in 1999, New York was in the middle of a drunk driving crack down. In New York city a controversial policy had just been ordered where police could seize the vehicle of someone who driving drunk. If that person was convicted, he or she could lose their car forever.

Times have changed, and now penalties for someone convicted of drunk driving in New York involves a driver’s license suspension, possible jail time, fines, and an ignition interlock if and when they receive their driver’s license back. This case is slightly different; because Carrera left town, he’s facing up to nine years in prison for manslaughter and extra time for bail jumping.

It just goes to show, the fallout from drinking and driving can derail you life, even seventeen years later.

Is It Time For An Ignition Interlock Overhaul Iowa?
Next Post: Some Of The Best Crazy Drunk Driving Stories From 2016