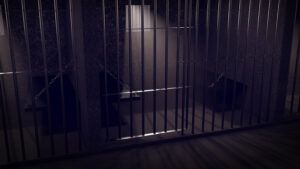 The benefits to improved drunk driving laws are too numerous to count: all offender ignition interlock laws prevent drunk drivers from driving, driver’s license suspensions ensure that the state driver’s services branch are aware that someone has been charged with drunk driving, and fines hit a driver right in the pocket book.

Take Colorado for example: a change in drunk driving laws back in 2015 meant that local district attorneys were able to prosecute drunk driving arrests as felony cases and not just simple misdemeanors. That’s resulted in over one thousand new felony DUI cases in state courts, and  because that charge comes with jail time, the Colorado prison population could soon be bursting at the seams.

According to a recent article in the Coloradoan, there may be an increase of approximately five hundred prisoners in Colorado jails over the next few years. That increase has rapidly reversed the decline in prison population, and it’s going to increase costs to the state to house those prisoners.

The problem with having extra costs? They go straight to the tax payer. The good news is that, just like drunk driving, upping the jail population because of improved drunk driving laws is an avoidable situation.  If people stop making the choice to drink and drive over and over again, they won’t end up in jail.

If these repeat offenders don’t ended up in jail the state wouldn’t have to pay to keep them there, and that cost wouldn’t have had to trickle down to tax payers in Colorado. It really makes you think about just how large the problem of drunk driving really is.