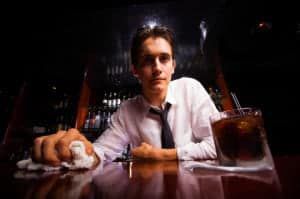 Did you know that certain jobs are more prone to alcohol addiction than others? While you might think the Justin Biebers and Lindsey Lohans of the world would top the charts, it is actually bartenders and other food service people who drink the most. At least according to a SAMSHA (Substance Abuse and Mental health Services Association) study. Proximity and typical late night hours make them more likely to sit and drink right after work—and to do so long after the rest of us have gone to bed. The social culture is also more tolerant of alcohol and other substance abuse.

Construction workers take the second spot. This is due in part to it being a large population of young men who drink more and more often than women or older men. Almost 60% of those surveyed admitted to regular binge drinking (defined as consuming 5 or more drinks in about 2 hours).

The next high-drinking jobs include: sales, installation and repair, farming and fishing, transportation, cleaning and maintenance, personal care, and office staff.

While we often hear of the problems with addiction in the medical profession, the SAMSHA study found that doctors and nurses ranked 16th.

Looking for a job that doesn’t drink so much? According to the study, the professions with the lowest levels of alcoholism and substance abuse include:

Your choice of profession doesn’t determine if you drink or not. But it does influence your environment, and that can exert powerful social pressure on many people.