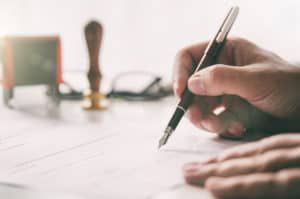 It began in California with something called the Farr-Davis Safety Act of 1986. That law required DUI offenders in four counties to use a new device called an ignition interlock, which used breathalyzer technology to prevent a car from starting if the driver has been drinking. The devices worked well, and  some public safety advocates wanted them for all offenders, not just repeat drunk drivers. In 2005 New Mexico became the first state to require all DUI offenders to use interlocks. Louisiana and Arizona followed, with good results: it was found that mandating the devices for all offenders reduced alcohol-related road deaths by a significant amount – in New Mexico’s case over 30 percent.

Which brings us to Idaho. 25 years later, Idaho has become the 31st state to require ignition interlocks for all DUI offenders. Governor Butch Otter just signed HB551 into law.

This is great news for Idahoans, who will be safer on the road. Every day convicted drunk drivers will try to drive after drinking – despite the law and what they know about the consequences – and every day the device will register “fail” and shut off their ignitions.

One state is an experiment. 30 is a trend, and it’s a trend that is saving lives all over the country. Our thanks to Gvernor Otter and the forward-thinking legislators who made HB551 possible.