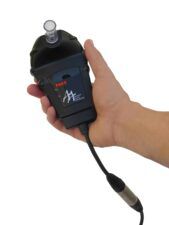 The Massachusetts Senate finished its legislative session on July 31st, but thanks to a little persistence from Mothers Against Drunk Driving (MADD) and other anti-drunk driving activists, an ignition interlock that was been dead on the floor several times since 2008 has passed Senate before it ended and is now getting closer to becoming a law.

Senate Bill 1895 requires first time drunk driving offenders to use an ignition interlock in any vehicle they drive. Prior to this new bill, Massachusetts wasn’t on board with a first offender ignition interlock law. Only repeat offenders with two or more convictions were required to install the device.

Senate Bill 1895 changes that by letting a drunk driving offender apply for a restriction-free hardship driver’s license sooner, but they have to have an ignition interlock installed in their vehicle. If you’re a first time offender, that means you’ll be able to apply for your hardship driver’s license and install your ignition interlock immediately after your conviction.

A repeat offender would be required to serve out his or her jail sentence and enter a treatment program before he or she would be able to apply to obtain a hardship license and ignition interlock. A judge makes the decision on whether or not that person would receive the license.

Thanks to a report by MADD on their effectiveness, there is growing recognition of how ignition interlocks are the most effective way to stop a drunk driver. With 26 other states with first offender ignition interlock laws on the books, Massachusetts will be in good company if they pass this law.

Florida Man Gets His Second DUI: Time To Cry?
Next Post: City of Seattle May Be Liable In Schulte DUI Case