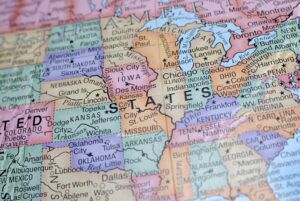 Every year Mothers Against Drunk Driving (MADD) comes out with a report to the nation on how the states are faring in their fight against drunk driving. The report is based on a five-star system, with 1 star being the lowest rating and 5 stars being the highest, and not all stars are equal when it comes to breaking down the information. Because the organization has thrown its full support behind the use of ignition interlock devices and sobriety checkpoints, those stars are weighed more heavily when assessing the states on their participation in the fight against drunk driving.

According to MADD, Arizona has seen a 46% decrease in drunk driving deaths because they now require ignition interlocks for all offenders. The state also has a strong focus on sobriety checkpoints, and if you refuse a breathalyzer in the state, you’ll get an automatic one year drivers license suspension.

The State of Kansas finally began to turn around their drunk driving problem when they required ignition interlock devices for all offenders in 2011. The state is also very focused on checkpoints, and a recent checkpoint in Kansas City netted 29 arrests.

Utah is one of MADD’s 5-star states that was praised for fighting against underage drinking. The only suggestion provided to the state in MADD’s report was to appoint a DUI-coordinator to keep pushing to eliminate drunk driving.

In addition to these states, Delaware and Mississippi also achieved a 5-star ranking this year thanks to passing new ignition interlock laws.

It’s no easy feat to obtain a 5-star rating on MADD’s annual report, and because all states take the report seriously, the release of the report gives people more reason than ever to hope that every road in the United States will be safer from drunk driving.