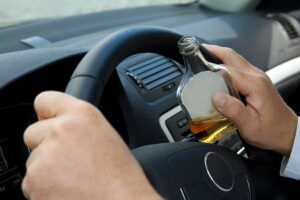 There’s a lot to do in Colorado if you’re looking for fun, fresh air, and the great outdoors, but the fun will end very abruptly if you’re caught drinking and driving.

A first offense for both DUI and DWAI in Colorado has penalties including:

Although you will receive a 9-month license suspension for your first DUI offense in Colorado, after 1 month you have the option to install an ignition interlock device in your vehicle and receive a restricted driver’s license.

For a second DUI or DWAI offense in Colorado, penalties will include:

Anyone who has had their license suspended for 1 year may be eligible for a restricted license before their suspension is up if they install an ignition interlock device in their vehicle.

Colorado doesn’t have a lookback period where a previous DUI or DWAI is no longer relevant for penalty purposes, so any DUI or DWAI charge on record will affect just how severe your penalties are.

Colorado also had a distinction for those who have a BAC of 0.17 or greater. Classified as a ‘persistent drunk driver’ these individuals are subject to DUI penalties and even first offenders will be required to use an ignition interlock device for 1 year.

It’s a great place to live and an even better place to visit, but when heading to Colorado be sure to stay safe and drive sober.

Previous Post: « Teens Take To The Test Track To Learn About Distracted Driving
Next Post: Pushing Toward Better Ignition Interlock Laws Across The USA