You are here: Home / Law / Ignition Interlock And DUI Laws in Georgia
September 12, 2014 by Matt Talley 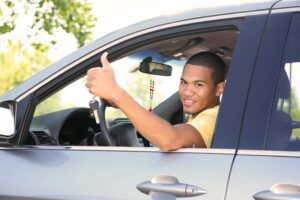 Georgia has zero tolerance for drinking drivers under the age of 21, meaning if you are younger than 21 you can’t have a blood alcohol concentration (BAC) of over 0.02% and still drive. Because Georgia’s Teenage and Adult Driver Responsibility Act (TADRA) allows 15 year olds to begin a graduated license system, there are provisions in Georgia’s DUI laws to cover drivers this young.

Penalties for a first DUI offense under the age of 15 include:

Penalties for a first DUI offense between the ages of 16 to 20 include:

When you are over 21, the penalties for drinking and driving increase. If you are a first offender over the age of 21, you’ll receive:

Strict DUI and ignition interlock laws like those found in Georgia are designed to keep drinking drivers, including very young drinking drivers, off of the roads. No matter what state you live in or how old you are, stay safe by making the choice to drive sober.

Arrested For Marijuana Use? Time For An Interlock Device
Next Post: Sleet, Heat, And Your Guardian Interlock system