You are here: Home / Law / Ignition Interlock and DUI Laws In Arizona
August 25, 2014 by Matt Talley 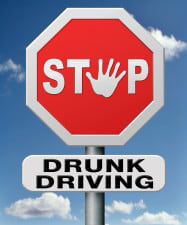 Arizona has strict driving under the influence (DUI) laws, and is one of the growing number of states requiring ignition interlocks for all offenders upon a first DUI conviction.

Penalties for a first offense, standard DUI include:

If you receive a second DUI for a standard offense, you’ll receive:

The more severe the DUI offense, the more penalties you’ll face in Arizona. The extreme DUI classification has the following penalties:

Arizona also has the distinction of being one of the few states with the ‘super extreme DUI’ classification and is applicable if the offender has a BAC of .200 or over. Penalties for super extreme DUI include 45 days in prison, high fines, and you must install an ignition interlock in your vehicle for 18 months.

Driving under the influence arrests in Arizona are decreasing, with 29,163 in 2013 compared to 32,171 in 2012. Hopefully, with such strict ignition interlock and DUI laws in Arizona, those numbers will drop even more.

Arizona Colleges Are Just Saying No To Binge Drinking And Tailgating
Next Post: Ignition Interlock And DUI Laws In Alaska