You are here: Home / Law / Ignition Interlock And DUI Laws In Oklahoma
February 16, 2015 by Editorial Staff 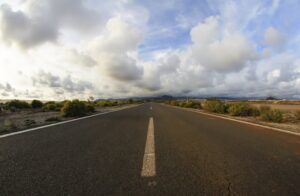 Oklahoma has driving under the influence (DUI) laws that include jail time, fines, and driver’s license suspensions for all offenders. The state also has an implied consent law, meaning if you refuse to submit to a breathalyzer test when suspected of drinking and driving, you’ll immediately receive a six month driver’s license suspension and an 18 month ignition interlock requirement.

First time convicted DUI offenders in Oklahoma are subject to the following penalties:

Repeat offenders will receive harsh penalties if they decide to drink and drive after a first DUI conviction in Oklahoma. Second or subsequent DUI offenses will receive the following penalties:

In 2011, the state of Oklahoma passed the Erin Swezey Act. It was named after 20-year-old Oklahoma State University college student Erin Swezey, a driver who was killed after the vehicle she was in was hit head on by a drunk driver in 2009. The Act requires all repeat offenders or first-time convicted driving under the influence (DUI) offenders with a blood alcohol concentration of .15 to install an ignition interlock device. If a first time offender opts for a restricted driver’s license during their 6 month suspension, they can also install an interlock device.

In 2013, Oklahoma saw 3,824 alcohol-related crashes and 2,507 alcohol-related injuries. Although Oklahoma DUI laws are strict and passing the Erin Swezey Act is a good first step toward stopping drunk drivers, Oklahoma can go one step closer to achieving their goal of safe highways by signing up for an all offender ignition interlock bill.