Ignition Interlock Laws Exist Because of These Drunk Drivers

You are here: Home / General Information / Ignition Interlock Laws Exist Because of These Drunk Drivers
October 17, 2016 by Matt Talley 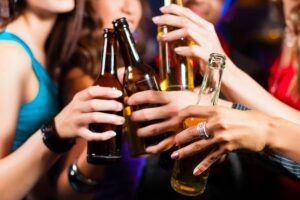 When you pass any road safety initiative or law, there’s going to be debate for and against it. Seat belts have only been mandated as law in some states, not all, since 1984. Drunk driving laws vary by state, and they’re either extremely harsh like in Arizona or lenient like they are in South Dakota.

When it comes to road safety, one hot topic has been a source of constant debate over the past few years. Ignition interlock devices and why drunk drivers should be required to install them has been a central focus for Mothers Against Drunk Driving (MADD) and it’s starting to become a central topic for lawmakers as more and more states pass all offender ignition interlocks laws.

California has been the latest state to sign an ignition interlock law, and it didn’t arrive on the Governor’s death without a fight and support from MADD, parents of drunk drivers, and in a few cases, the drunk drivers themselves.

Without even knowing or planning on supporting it, several drunk drivers in California have put themselves front and center as poster children for why first offender ignition interlocks are so needed in the state.

Take the mother who just ran over her seven year old son: drunk behind the wheel, she drove over his leg after an argument that resulted in her trying to leave him behind in a store parking lot. He now has an injured leg; she’s just received a felony DUI charge, and when she’s able to drive again, should she be able to drive free and clear just because she’s a first offender? An ignition interlock is what will stand between her and causing another incident like this one.

Or how about the three year old who died as a result of a drunk driver crashing into his family’s car? All his mother did was pull over on the side of the road because she ran out of gas, and a drunk driver struck them from behind. That driver has now been charged with suspicion of felony driving under the influence and gross vehicular manslaughter. Just like the mother who ran over her son, isn’t the next logical step after jail time and license suspension something that would prevent that driver from being able to make the choice to drink and drive again? An ignition interlock will take away any opportunity he’ll have to do it again.

With cases like these, how can you debate the one device that could have stopped these drivers before they were able to turn on the car? Even they, looking back now, probably wish they had something to stop them from driving that day, and that something is an ignition interlock.

All states have offenders like these, and that’s why the wave of all offender ignition interlock laws should continue to sweep the nation.

Yes, Even School Zones Are Hot Spots For Drunk Driving
Next Post: Caught Drunk Driving? Here’s What A DUI In Oklahoma Will Cost You