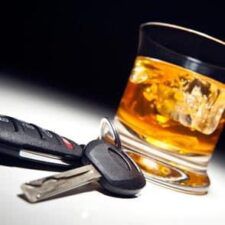 A new research report out of Michigan has put the spotlight on the state’s repeat drunk drivers. First the bad news: a number of these offenders are failing out of the state’s DWI/Sobriety Court (driving while intoxicated). The good news? The offenders who install ignition interlocks as part of their program are graduating at a rate three times better than those without the device.

The report was a way for the Michigan Association of Treatment Court Professionals (MATCP) to assess the first five years of Michigan’s DWI/Sobriety Court Ignition Interlock program. The program allows DWI offenders to have a restricted license if they participate in DWI/Sobriety Court and they install an ignition interlock in any vehicle they own or drive. Within the program the participants are tested for alcohol use and provided with treatment plans. They’re able to resume their lives and drive again as long as they breathe into an ignition interlock and pass the test every time they start their vehicle.

Ignition interlocks work to stop drunk drivers, and a report like this reinforces that fact. That’s why 26 states support an all offender ignition interlock program, why Mothers Against Drunk Driving (MADD) believes they are the best defense against drunk driving, and why states like Michigan require them to enforce other methods that stop repeat offenders in their tracks.

Michigan’s program is a good example for other states with Sobriety programs. Ignition interlocks keep repeat offenders on the straight and narrow, and that benefits both the state and the offender.

Still Drunk The Next Morning? Don’t Drive
Next Post: Arrested For DUI? Here’s One More Thing To Worry About