Stalled Ignition Interlock Bills Back In Action In Wisconsin

You are here: Home / Law / Stalled Ignition Interlock Bills Back In Action In Wisconsin
February 22, 2017 by Matt Talley 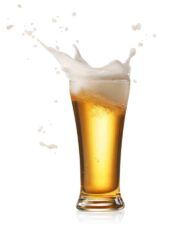 Two lawmakers in the state have decided to change that by bringing back some drunk driving bills that failed before, and they would require stiffer penalties for repeat offenders and stronger ignition interlock laws for all offenders. A few of the changes they’re proposing via three bills are:

Wisconsin repeat offenders are going to be spending more time in prison. One of the bills reintroduced in Wisconsin Legislature will require a five or six time repeat drunk driving offender to spend eighteen months in jail. If the bill doesn’t pass and the law stays the same, these offenders will only spend six months in jail.

Tougher ignition interlock laws for all

Right now a first time drunk driving offender in Wisconsin will receive up to $300 in fines and a nine month driver’s license suspension. They may be required to install an ignition interlock when their driver’s license is reinstated, but it’s not mandatory.

The lawmaker would also like to see a minimum prison sentence for anyone who is charged with homicide by intoxicated use of a vehicle. Right now there is no minimum, but if the bill passes that will change to five years.

Wisconsin just passed a felony drunk driving law, so let’s hope this is the year that lawmakers in the state toughen up state laws even more.