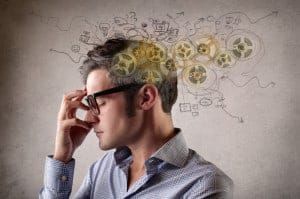 As counter-intuitive as it may seem, recent studies indicate that highly intelligent people seem to be more likely to drink (and to drink more) than those of us lacking a Mensa membership, according to recent studies posted in the American Journal of Public Health, Psychology Today and Forbes Magazine.

The study in the American Journal of Public Health focused on women. It discovered that women are more likely to drink heavily in their thirties if they are “over-the-average” in intelligence.

The study in Psychology Today focused on childhood intelligence as a predictor of adult levels of drinking. The studies found that the more intelligent a child was, the more likely he or she would be to drink as an adult.

The study in Forbes Magazine focused on how the high-powered people, those in the “C-Suite,” were more prone to addiction. Indeed, David Linden, PhD, a neuroscience professor at the Johns Hopkins School of Medicine and author of The Compass of Pleasure speculates that the very traits that make one a great CEO are also those that are prevalent in addicts—obsessive risk-taking and novelty-seeking.

He goes on to state that those who are at a higher risk for addiction do not derive more pleasure from their substance of choice, but rather less, and this prompts them to consume more of a substance. This phenomenon was even more pronounced in highly intelligent businesswomen than in their male counterparts—especially for women in a male-dominated profession.