A Colorado study confirms the bad news: license suspension does not work as a punishment for DUI. The number of motorists cited for drunken driving who are driving without a valid license is an astonishing one in four.

Rocky Mountain PBS I-News and 9News analyzed electronic court records of more than 45,000 DUIs issued in Colorado from April 2012 through April 2014. Almost 11,000 of that group should not have been driving, due to a license that was suspended, restricted or revoked. That’s an average of 15 a day.

It’s common to hear well-intentioned people demand that drunk drivers lose their license altogether. The problem is, a license is just a piece of paper. People who drink and drive often ignore suspended or revoked licenses. After a week or a month of suspension, they decide that the inconvenience of not driving outweighs the consequences of being caught without a license – even that of being caught driving impaired without a license.

Moreover, these people are dangerous. Driving impaired, and often uninsured, they pose a risk to everyone on the road.

There is hope of change. At the beginning of 2014 Colorado passed a law that allows first-time DUI offenders to regain their license with the use of an ignition interlock, a device which presents a common-sense solution to the 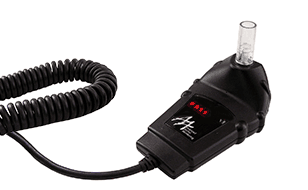 problem. An ignition interlock prevents a car from starting if the driver’s breath alcohol concentration (BAC) is above a preset level. Usually a camera records the breath test, so that the offender cannot cheat. Repeat tests are given during a typical journey so that the driver can’t drink after starting the car.

The use of ignition interlocks appears counterintuitive to those who feel that license suspension is a more appropriate punishment for drunken driving. And perhaps it would be – if a lack of license really kept impaired drivers off the roads. But the Colorado study shows that it doesn’t. As long as people ignore DUI laws and license suspensions, ignition interlocks are the way to go.

Taxi Companies and the Anti-Drunk-Driving Cause: A Natural Partnership
Next Post: 9 Worrying Facts about Drinking and Babies