Life After A DUI In Illinois

You are here: Home / General Information / Life After A DUI In Illinois
September 23, 2015 by Matt Talley 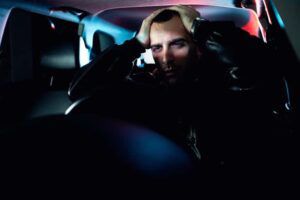 There’s no doubt that being convicted of drinking and driving is stressful on the driver, but when you make the decision to get behind the wheel after drinking, you set yourself on a path that’s riddled with penalties. And if you don’t learn not to drink and drive the first time, you’re going to have to accept that the punishments increase.

But after a new driving under the influence (DUI) law hit the books in Illinois recently, things really changed for repeat offenders in the state. Here’s a look at life after a DUI in Illinois.

You’ve had a few drinks while out with friends, and instead of calling a cab or designating a driver, you’ve decided to try to make it home on your own. When you see the lights flashing in your rear view window, you know you’ve made a mistake, but it’s too late at this point. If you refuse to submit to the breathalyzer, you’ll lose your drivers license for one year anyway.

Once you’ve blown over .08, you’ll be taken to the police station. At that point, you might begin to realize the consequences of your actions. A first offender in Illinois will lose his or her driving privileges for an entire year, and that person will also face jail time of up to one year and pay fines up to $2,500.

It’s a lot to deal with; all because you thought you were OK to drive home after drinking.

If you already have a DUI offense on the books, you’re going to feel a lot of anxiety when you’re arrested again. A repeat offense in Illinois comes with penalties that far exceed that of a first offender in the state, but new legislation recently passed has eliminated jail time in favor of ignition interlock devices.

If you’re a third time or more DUI offender in Illinois, you will lose your drivers license for a period of up to 10 years and pay up to $25,000 in fines. Prior to the passing of the new law, you’d also spend up to 30 months in prison and could be in jail for up to 7 years.

Anyone facing that much time in jail should be thankful for Senate Bill 627, because now that it’s passed it’s changed the requirements for jail in the state. The bill eliminates much of the jail time for repeat offenders and allows the offender to drive if they have an ignition interlock device installed in their vehicle.

Anyway you look at it, it’s not a good idea to drink and drive in Illinois or anywhere else in the USA. Stay sober, or hand the keys over to someone else if you plan on heading out for the night.