Life After A DUI In New York 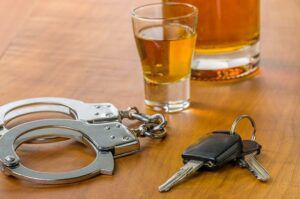 New York, New York, it’s a wonderful town. With office towers crammed onto every city block and the Statue of Liberty standing in the harbor as a symbol of freedom, it’s a great place to live or vacation. But that freedom can be yanked out from under you if you receive a driving under the influence (DUI) conviction, and life a DUI in New York can be a rough road.

If you’re a first offender in New York

Cabs may be more common than personal cars in New York, but every day people still put their keys in the ignition and drive after drinking. After you’re stopped for suspicion of DUI and fail a breathalyzer test, you’ll be arrested and given a court summons. That’s where reality hits home for a lot of DUI offenders.

How high was your blood alcohol concentration (BAC) when you were arrested? You’ll want to know these numbers because it could mean higher fines and stiffer penalties. For a first offender with a BAC over .18, your fines will range from $1,000 to $2,500.

Jail time isn’t mandatory for a first offender in many states, but in New York you could be seeing the inside of a jail cell for up to 1 year. And when you get out of jail, you’ll be grateful there are so many cabs available, because you won’t be able to drive your vehicle for a minimum of six months or 1 year if your BAC was .18 and over.

When you do get your driver’s license back, you’ll be able to drive again, but only once you install your mandatory ignition interlock device for a minimum of 6 months.

Life for a first DUI offender in New York may seem harsh, but the real penalties kick in when you decide to become a repeat offender. A third or fourth DUI offense is considered a Class D felony, and it comes with fines up to $10,000. You could also spend up to 7 years in jail, lose your driver’s license for 1 year, be denied your license by the DMV for 5 years, and you’ll be classified as a problem driver.

If you ever do receive the privilege to drive again, you’ll have to install an ignition interlock device for 5 years.

Those New York cabs look pretty good right now, don’t they? Stay safe after drinking and call a cab instead of driving.

Can You Enter Canada With A DUI On Your Record?
Next Post: Do You Know The Most Dangerous Times To Be On The Road?