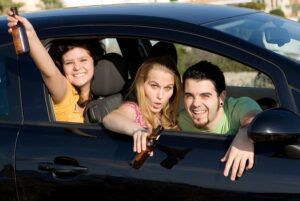 Before New Mexico ignition interlock laws changed to include first time offenders, the state had a serious problem with drunk drivers. Since that law passed in 2005, the state has steadily cracked down on anyone who drives while intoxicated. As a result of the New Mexico DWI changing for the better, public perception of drunk driving has changed too.

New Mexico has created unique programs to promote public education on the dangers of drunk driving, and part of that public education includes high school students. That’s why the West Mesa High School students were taken to a performance facilitated in part by the Bernalillo County Metropolitan Court.

The students, numbering in the hundreds, were witnesses to what happens when someone is arrested for New Mexico DWI. They were invited to listen to the West Mesa Performing Arts Center to watch a replicated court room in action as two DWI cases were presided over by the judge.

The defendants were both two-time DWI offenders in New Mexico, and they were handed down sentences while the students watched. When that part of it was over, the defendants talked about how the crime has impacted their lives. One of the defendants detailed how he was just going to get pizza after a few drinks, and because of that poor choice he lost his car, his driver’s license, and had to pay thousands in fees, fines, and wages he lost because he missed work. He said if he could go back and make his decision all over again, he’d call Uber.

Why would a high school show teens what happens in a DWI courtroom? According to organizers, it’s part education and part showing them what the future could bring if they decide to drink and drive too. No one wants to be arrested for New Mexico DWI, and maybe when these teens find themselves in the same situation, they’ll remember this experience and make the smart choice.