New Mexico Has The Most Ignition Interlocks Per Capita

You are here: Home / General Information / New Mexico Has The Most Ignition Interlocks Per Capita
January 12, 2015 by Editorial Staff 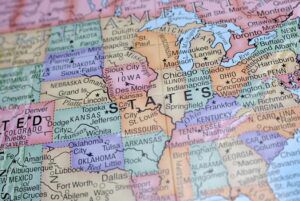 Is it a good thing to be the state with the most ignition interlocks installed per capita than any other state? One man in New Mexico says yes, and he feels that New Mexico is reaping the benefits of changes to their driving while intoxicated (DWI) laws.

A recent survey by Dr.Dick Roth, an advocate for ending DWI in the state, showed that New Mexico had 57 ignition interlocks installed per 10,000 people. This number is higher than any other state, and that’s why New Mexico is seeing a drastic reduction in DWI arrests and fatal crashes.

Since changing their DWI laws in 2005, Mothers Against Drunk Driving (MADD) estimates that drunk driving deaths have dropped by 33%. Dr. Roth also believes that with so many ignition interlocks in use the roads are much safer for everyone, and he thinks that New Mexico DWI and ignition interlock laws are a good model for other states to follow.

In New Mexico, if you’re arrested for DWI and you’re a first time offender you’ll spend up to 90 days in jail, pay fines up to $500, lose your driver’s license for one year, and be required to install an ignition interlock for one year.

It’s a really bad idea to be a repeat offender in the state – a four time or more offender will go to jail for 6 to 18 months, pay fines up to $5,000, and must use an ignition interlock for life. The offender has the option of applying for a review at the 5-year mark, and may be able to have their driver’s license privileges reinstated at that time.

All 50 states have some type of ignition interlock law, but more states are now following the trend of requiring them for first offenders. With more ignition interlocks in use, roads will be safer all across the country.