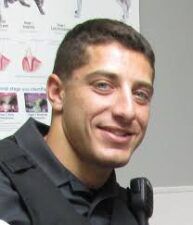 When Maryland Officer Noah Leotta was struck and killed during a traffic stop with a drunk driver last year, the shock of his death extended far beyond his family, friends, and coworkers. That’s why when his family and coworkers began the process of passing Noah’s Law, a law strengthening ignition interlock requirements in Maryland, Mothers Against Drunk Driving (MADD) and lawmakers jumped on board with a tidal wave of support.

Thankfully all of their hard work paid off, because Noah’s Law took a huge step forward when it passed the House of Delegates with a vote of 136-0. It’s now on its way to the Senate.

Will ignition interlock requirements in Maryland finally be strong enough to shut down drunk drivers? If Noah’s Law passes in the Senate, the state has a good chance of seeing a real decrease in alcohol-related deaths.

New Mexico Leading The Way For Drunk Driving Deaths
Next Post: With DUI Crashes Rising, Nevada Needs To Get Tougher On Drunk Driving