Why Do Police Announce Checkpoints?

You are here: Home / General Information / Why Do Police Announce Checkpoints?
December 15, 2015 by Matt Talley 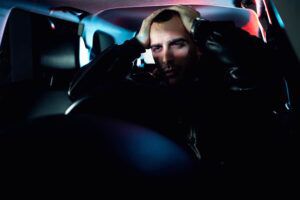 You’d think that a drunk driving checkpoint would work best if it had the element of surprise behind it. After all, if someone is driving drunk and they come across a checkpoint they didn’t know about, they have a much larger chance of being caught. If they knew the checkpoint would be on their route, they could just choose a different road and bypass it completely.

That’s why when people read about the location of an upcoming checkpoint in the newspaper or somewhere online, they are understandably confused as to why the police would publicize it. Don’t they want to catch drunk drivers? Why would they let the public know exactly where they’ll be?

Turns out, by publicizing checkpoints your local police department is just following the letter of the law. Way back in 1990, a legal challenge came up in Michigan and the attempt was made to deem checkpoints unconstitutional. The United States Supreme Court ruled 6-3 that they were constitutional, but they mandated that checkpoints must be publicized ahead of time. If the police don’t publicize a checkpoint it can be considered a detention without reasonable suspicion, and that violates your Fourth Amendment rights.

Although the ruling in Michigan allowed checkpoints to continue, some states have bypassed that ruling and decided that these roadside checks violate their own state constitution. 10 states in all have bans on sobriety checkpoints.

Fortunately for police, the publication of checkpoints hasn’t affected their ability to arrest drunk drivers. They still manage to net people under the influence each and every time they set up a checkpoint on the side of the road, even if they publicize them all over the place first. The good part of checkpoint publication? It just might make a driver think twice before drinking and driving, and that means safer roads for everyone this holiday.

Florida DUI Expert Charged With — You Guessed It — DUI
Next Post: Driving During The Holidays? 3 Ways To Stay Safe