Police Officers Can And Will Be Charged With DWI

You are here: Home / General Information / Police Officers Can And Will Be Charged With DWI
August 18, 2015 by Matt Talley 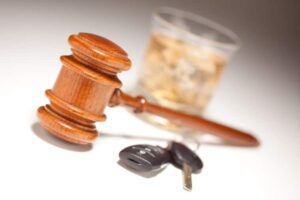 It’s summer, and there are a lot of drunk drivers getting stopped on the roads. Police are busy setting up checkpoints and watching the highways for drunk drivers, and in a lot of areas arrests are at record highs. But sometimes, police officers have to make an arrest that hits a little closer to home than they’d normally like.

Police officers can be charged with driving while impaired (DWI) too, and that’s exactly what happened after a North Carolina officer crashed into a truck just three hours into his shift. The officer in question has been a member of the force since 1988, and while in uniform and driving a marked cruiser, he struck the rear end of a truck. At the scene, he was given a drug and alcohol assessment and his blood alcohol concentration (BAC) was .09.

The officer has been put on administrative leave without pay, and he may be penalized according to North Carolina DWI laws. If he’s charged for a first offense he’ll receive a minimum jail time of 24 hours, fines up to $200, and a drivers license suspension of 6 months to one year. Although he would not be required to install an ignition interlock device if he is a first time offender, second offenders are required by North Carolina law to install one.

No one can get away with drinking and driving, not even the police, so if you’ve had a few to drink, hand the keys over to someone else.

What If I Get A Friend To Blow Into My Ignition Interlock?
Next Post: Life After A DUI In Pennsylvania