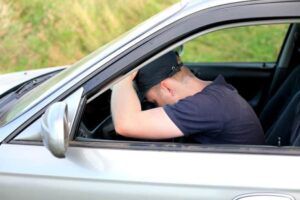 Most states have something called a look-back or ‘washout’ period. It’s the period of time when a previous driving under the influence (DUI) or driving while intoxicated (DWI) conviction will be relevant for a new offense. For DUI offenders, a state’s look-back period is very important, because if they offend two or more times during that period, they could be liable for stiffer penalties.

You can usually read in newspapers or online about DUI offenders who have made the choice to drink and repeatedly over a period of years, but you don’t normally hear about them being arrested for DUI over and over again in a matter of days. But that’s exactly what happened in Rhode Island recently—John Lourenco was arrested and charged with DUI a mind-blowing four times in less than 48 hours.

Beginning on a Sunday morning, Lourenco crashed his Dodge pickup truck into an SUV carrying small children. The following day he was driving a Chevy Malibu and he rear-ended a vehicle. He was given a breathalyzer, was found to have a .220 blood alcohol concentration (BAC), and was released with a court summons. At 11:15 am that same day he was stopped after someone reported him for driving another car erratically, and after he was stopped he was taken to the hospital.

But he wasn’t finished driving under the influence yet. Once he was released from the hospital he drove off in a dump truck and crashed into a tree at 5 pm. He was taken back to the hospital and treated for minor injuries.

It’s incredible that one person can choose to drive drunk 3 times in one day, and it’s even more incredible that Lourenco has not had his driver’s license suspended yet. Instead he received an order to pay bail for all three charges, bail supervision, and an order to not drink alcohol.

It’s unclear as to why Lourenco was let off so easily, because for a first offense in Rhode Island, DUI laws require an offender to spend up to 1 year in jail, pay fines up to $500, and lose their driver’s license for 2 to 18 months. First offenders are not required to install an ignition interlock, but repeat offenders are.

This man is fortunate no one was killed during his 48 hour DUI spree. Hopefully during sentencing he’ll be convicted as a repeat offender and receive the maximum amount of penalties possible.

10 Things That Will Happen Right After You Get A DUI
Next Post: Field Sobriety Tests May Prove Drunk Driving Suspensions In California