Halloween Drunk Drivers Could Be Really Scary This Halloween

You are here: Home / General Information / Halloween Drunk Drivers Could Be Really Scary This Halloween
October 31, 2016 by Matt Talley 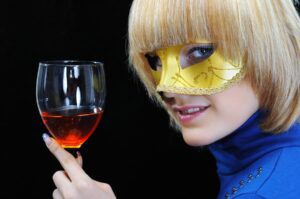 On Halloween, if you’re not terrified by the ghosts and ghouls around every corner, the random haunted houses and grave yards that pop up in your neighborhood, or the scary costumes you might see on Halloween night, you should definitely be terrified of the drunk drivers who think Halloween is their night to howl.

Halloween has so many drunk drivers that the National Highway Transportation Safety Administration (NHTSA) found that 55 people died because someone else was alcohol-impaired behind the wheel. 52% of all traffic crashes on Halloween were due to a drunk driver, and even pedestrians weren’t safe. Innocent kids trick or treating were involved in 36% of fatal Halloween crashes due to drunk drivers.

That’s a lot of people who went out to have some Halloween fun and had their night end in tragedy, and it’s not just drivers over the legal blood alcohol limit of .08 who are out on the streets. Some of the most dangerous drivers are those who are just “buzzed” from a beer or two and think it’s perfectly safe to drive.

Because of that, Halloween is the best time of year for this reminder that buzzed driving is still considered drunk driving, and there are a few steps you can do to stay safe and keep your loved ones safe during Halloween.

Drunk drivers cause crashes every day, and a lot of them probably think they’re fine to drive too. Whether  it’s Halloween or any day of the year, never trust that you’ll make the right decision after drinking alcohol.

This week in DUI: Drunk Driver Pedestrian Crashes Becoming Too Common
Next Post: Now, This Is How You Ensure Drunk Driving Penalty Compliance