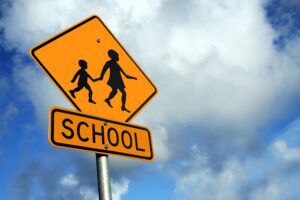 It’s hard to send your child off to school on the school bus, even if it’s not his or her first time going. You need to be able to trust the person who is driving them, and you want to be sure that he or she has a clean driving record and makes responsible choices to keep all of the children on their bus safe.

But it seems that there’s been a rash of school bus drivers choosing to drive impaired in recent weeks, with several drunk driving arrests involving school bus drivers cropping up all over the country. How can you be sure you’re child is safe? It might be time for school boards to make ignition interlocks mandatory in all buses.

Just take a look at few of the driving under the influence (DUI) arrests from the past few weeks.

A school bus driver was arrested on several charges including driving while intoxicated (DWI) after police say she was driving 25mph over the speed limit during her drive home with 29 students on board. Thankfully, no one was injured and the students were taken home safely by another driver. In addition to the DWI charges, the driver was suspended from her job without pay.

Students were taken on a dangerous ride through a cornfield after a school bus driver made the choice to drink and drive. After the bus veered into the cornfield the driver got back on the road and continued to drive with 4 high school students on board. Someone called 911 and he was pulled over and charged with an operating while intoxicated (OWI) first offense with a passenger of 16 years old in the vehicle.

There were no students on the bus, but a Vermont high school bus driver is in hot water after he was found intoxicated behind the wheel. The principal of the school reported the bus driver and when police attended, they determined he was intoxicated. Charges are pending.

Three incidents of school bus drivers under the influence of alcohol in one week: it’s scary, and it wouldn’t be surprising if every parent took a really good look at their child’s bus driver the next time he or she pulled up.

It’s past time to make sure every school bus driver is sober behind the wheel. By installing ignition interlocks in all buses and having drivers prove sobriety before they drive, the school board could guarantee a child’s safety and give parents peace of mind.