Strangest Mugshots Include A Drunk Driver Who Sent In A Selfie

You are here: Home / Offbeat / Strangest Mugshots Include A Drunk Driver Who Sent In A Selfie
February 19, 2016 by Matt Talley 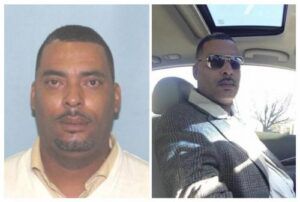 Mug shots aren’t supposed to be flattering, and some of the strangest mugshots ever taken have been of offenders arrested for drinking and driving or public intoxication.

Mugshots are taken shortly after an offender is brought in for booking, and they have multiple uses including establishing the physical condition of the offender at the time of arrest and identifying a suspect’s clothing when they came into the local police detachment. No one is exempt from getting a mugshot, and when a celebrity is arrested, the media will get mileage out of the single photo for years.

There are a lot of contenders for the strangest mugshot ever taken of a drunk driver including a smiling Justin Bieber and a woman dressed up as a Halloween zombie who was arrested not once, but twice for drunk driving in a single evening. But if you look at a few of these pics, you’ll realize that the recent mugshot taken of an Ohio man wanted for skipping his drunk driving hearing doesn’t even come close to ranking in the top 100.

That didn’t matter to him though, and after Lima, Ohio police posted his mug shot when they issued an arrest warrant for him, he decided to take action. Apparently his first mistake was failing to appear in court on misdemeanor drunk driving charge in Ohio, and he was also a person of interest in other crimes including arson and vandalism.

Florida police shared his mug shot, and when Donald Pugh saw it, he decided to send in another photo. The selfie sent to Florida police was captioned with “Here is a better photo that one is terrible.” Understandably Florida police were amused, and they published the new mug shot on their Facebook page.

Thanks to a tip on social media, not long after Pugh was arrested in Century, Florida. Now he’s cooling his heels before facing charges. Odds are he won’t be allowed to take any selfies while he waits, but police probably think his photo ranks right up there with the strangest mugshots they have ever seen.