Study Shows Drop In Deaths Thanks To Ignition Interlocks

You are here: Home / General Information / Study Shows Drop In Deaths Thanks To Ignition Interlocks
March 24, 2016 by Matt Talley 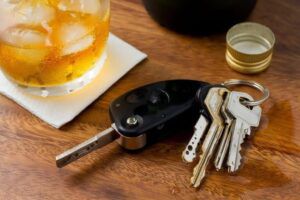 The proof is out there: ignition interlocks are saving lives and stopping drunk drivers from getting behind the wheel and killing innocent people. A recently released report by Mothers Against Drunk Driving (MADD) highlighted how 1.77 million people were unable to start their vehicles while drunk thanks to ignition interlocks, and now a study has come out of the University of Pennsylvania supporting the devices and recommending all convicted drunk drivers use them.

At the end of the study they found that ignition interlocks have saved over 900 people between 2007 and 2013. Broken down, that’s 1 person saved for every 125,000 each year. If you want a comparison to other vehicle safety measures, there was only 1 person saved out of 110,000 when airbags became mandatory.

The study concluded that only 30% of people convicted of drunk driving were using ignition interlocks, and they recommended that in order to save the most lives, all states should enact an all offender law.

When you take this study and the MADD report together, you see a strong wave of support for ignition interlocks across the board, and it’s easy to see that they are the only proven way to stop a drunk driver from making the decision to start the car and drive away after drinking. Because first offenders often turn into repeat offenders, stopping them before they choose to drink and drive again is vital to stopping drunk driving altogether.

Ignition Interlock Law In Honor Of Baby Not Moving Forward
Next Post: Arrested For DUI In Virgina? Your Mug Shot May Appear On Facebook