Take A Look At These Tweets About Drunk Driving

You are here: Home / General Information / Take A Look At These Tweets About Drunk Driving
January 15, 2016 by Matt Talley

Twitter is great for a lot of different things. You can find out up to the minute news, check out your favorite celebrity/author/rock star’s thoughts on any given day, and even win prizes. Although it’s great to get that kind of information, Twitter also has downsides.

Sometimes people will tweet out locations for drunk driving checkpoints, while others will use the platform as a way to share their drunk driving escapades. But before you begin to feel as though there are a lot of people with questionable ethics using Twitter, you should take a look at these tweets about drunk driving. Maybe they appeared on your feed, and if they did, made you think twice about drunk driving.

Sometimes the path the darkside is pretty clear

Sometimes law enforcement has to get really creative to get people’s attention when it comes to drunk driving, and that’s exactly what Vermont police did with a local billboard. Capitalizing on the release of the Star Wars movie was a nice tie in and a great way to get attention, especially when it’s shared on Twitter. 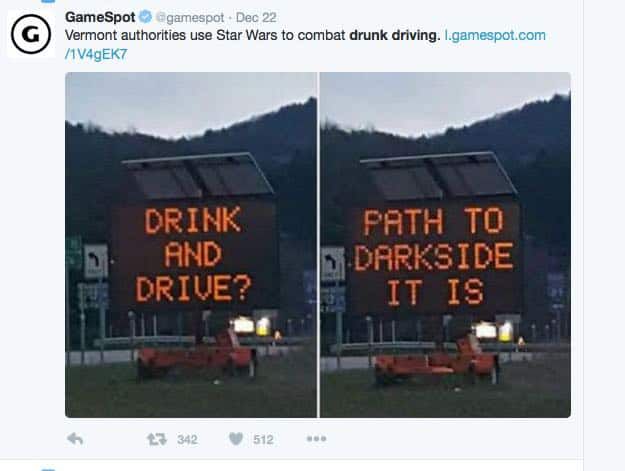 Not your favorite bartender

Maybe you’ve got a favourite bartender at your local pub. This tweet is a great reminder that if you drink and drive, you don’t get a choice of bartenders. 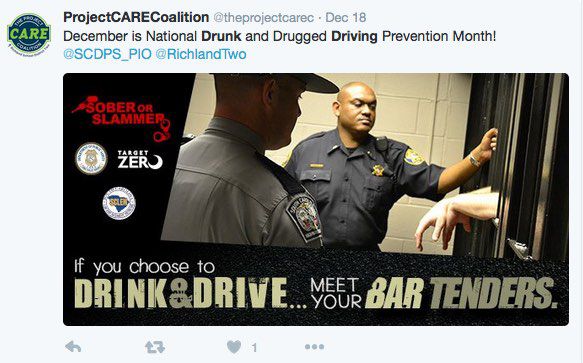 Spreading the message to not drink and drive

A picture is worth a thousand words, so this shot of students trying on Fatal Vision goggles is a great share on Twitter. It just goes to show that you essentially lose that vital brain/body connection when you’re drunk. 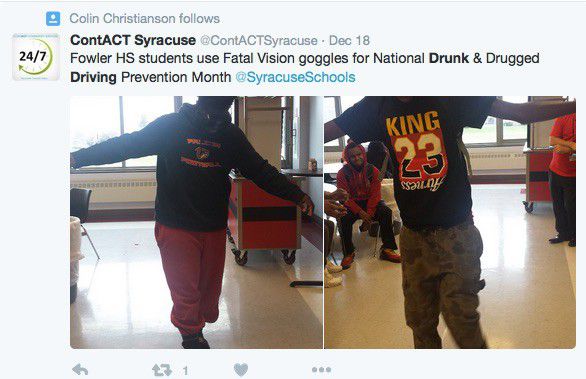 Sent out the day before New Year’s Eve, there’s never been a more simple, effective message to stop drunk driving than this tweet.

On any given day, Twitter has thousands of anti-drunk driving messages. If you ever feel like you need an instant reminder to not drink and drive, Twitter should be the first place you look.