Taxi Companies and the Anti-Drunk-Driving Cause: A Natural Partnership

You are here: Home / General Information / Taxi Companies and the Anti-Drunk-Driving Cause: A Natural Partnership
June 4, 2014 by Matt Talley

When concerned citizens want to raise funds to fight drunk driving, they Walk Like MADD. A fundraiser held in cities across the nation, Walk Like MADD unites people who believe that our roads are no place for impaired 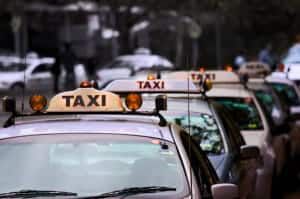 drivers: parents, teens, law enforcement personnel, government officials, and just about everyone who cares about road safety. Sponsors of these walks include local businesses, schools, and public-spirited organizations. The money raised aids in the campaign for public awareness and better anti-drunk-driving legislation and enforcement.

In Homer Glen, Illinois on June 8th, one of the local Walk Like MADD’s sponsors will be Telecab, a taxi company which has served the region for 19 years. The company’s staff and drivers are proud to take to the road for the fundraiser. “The statistics don’t lie,” says John Buchanan, Telecab’s operations manager. “Drunk driving has been cut in half since 1980, when MADD began its fight against drunk drivers! TeleCAB wants to do all it can to keep drunk and distracted drivers off the roads.” 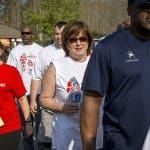 It’s a natural partnership. Taxi companies are in business to give rides, and they have a ready market in all the people who have been out drinking and who should not be behind the wheel.  For years MADD has been encouraging people to call a taxi when theyre not in shape to drive home.

Taxis are a business, but they’re also a valuable resource for keeping streets — and their residents — safe. Everyone who drinks should keep a taxi company’s number handy.